Barry Lewis
Wed, 06/05/2019 - 18:46
While many of us model a specific railroad (or two or three), we often also have a collection of “cool stuff” that doesn’t align with that theme — cars and engines that we bought on a whim because they looked neat, were unusual, or appealed to us for some 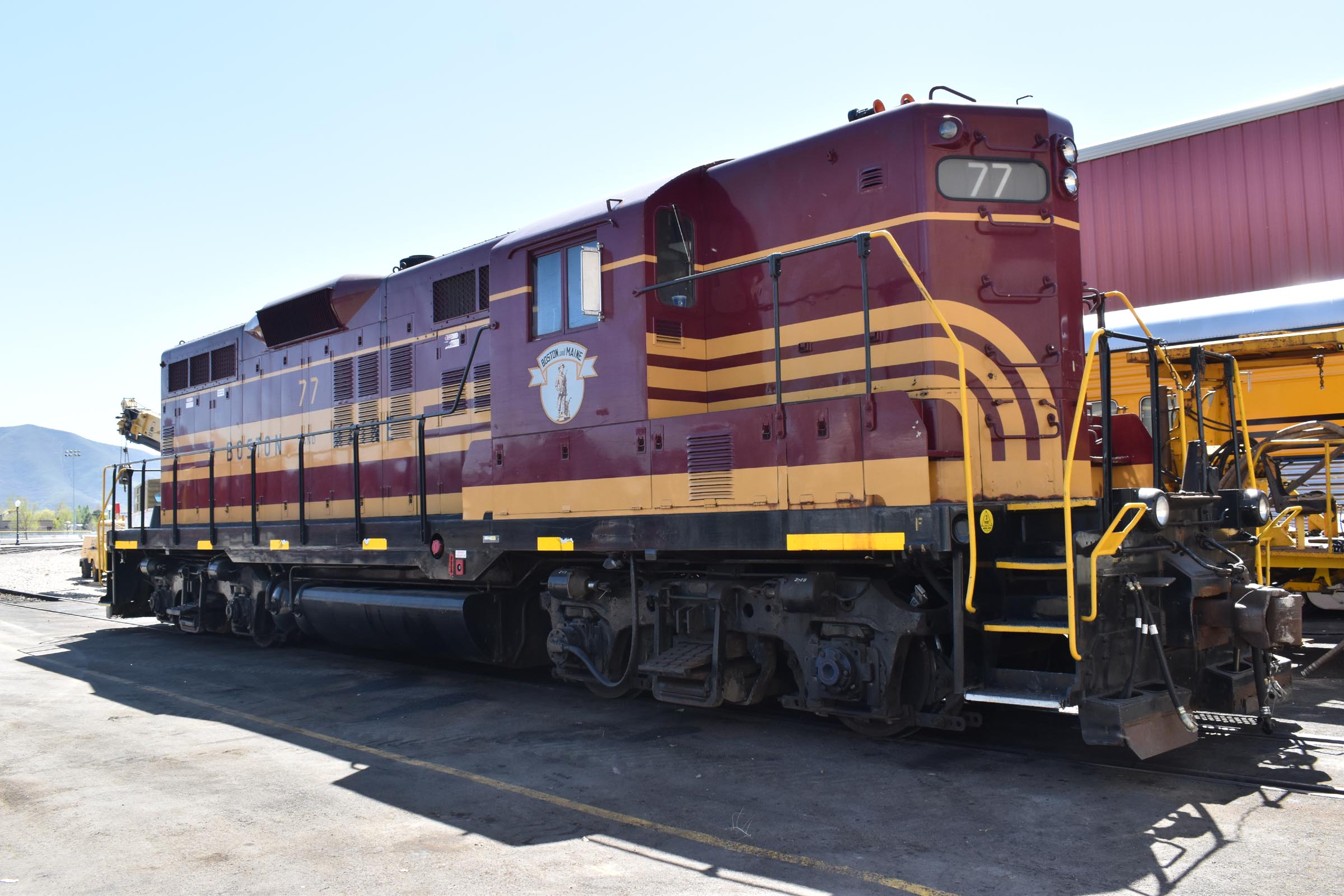 other reason. After watching 4014 leave town, we headed to a location that offers a prototype for running all that “cool stuff” together: the Heber Valley Railroad.
Located about a 45-minute drive from Salt Lake City, the Heber Valley is a tourist operation offering year-round rides (with a variety of entertaining themes) through some beautiful Utah scenery. It’s also home to an eclectic collection of engines and rolling stock from across the country, much of it operational and beautifully restored to original paint schemes. 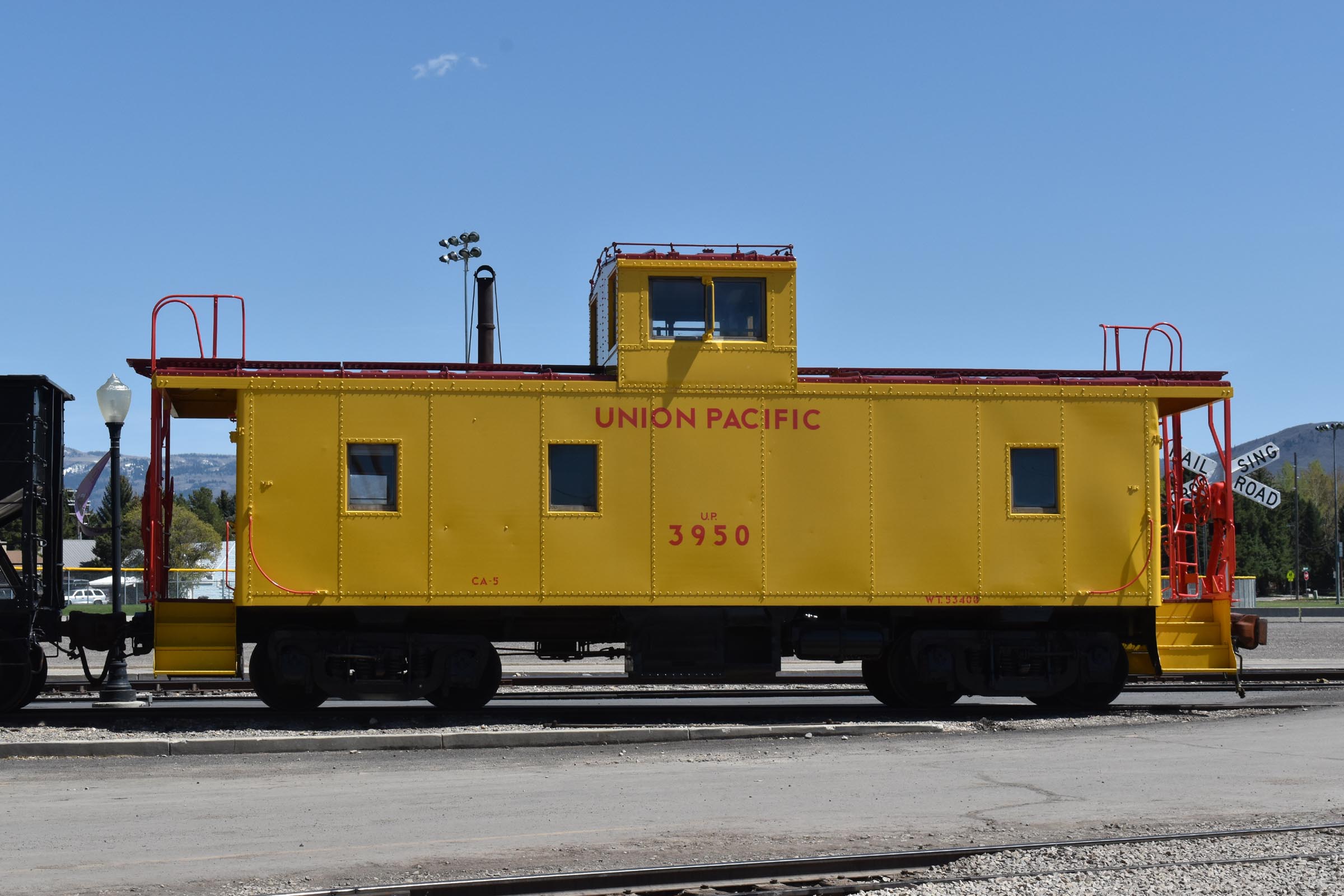 Walking around the property on a Sunday (when the railroad, like many attractions in the Salt Lake City area, is closed for the Sabbath), we encountered a UP caboose, Western Maryland PS-1 box car and D&RGW-inspired streamlined car that looked like they’d just rolled out of the paint shop.

In addition to ex-military EMD diesels lettered for the Heber Valley, operational locomotives included Geeps in classic Boston & Maine and Maine Central schemes, both recent refugees from the Pan Am Railroad in New England. Take a look at our photo album below for a raft of other equipment and scenes begging to be modeled — including a passenger car in line for restoration that becomes a haunted house each Halloween season.

Turn one corner of your layout into a modern-day tourist railroad, and you’ll have a prototypical home for almost anything that tickles your fancy. 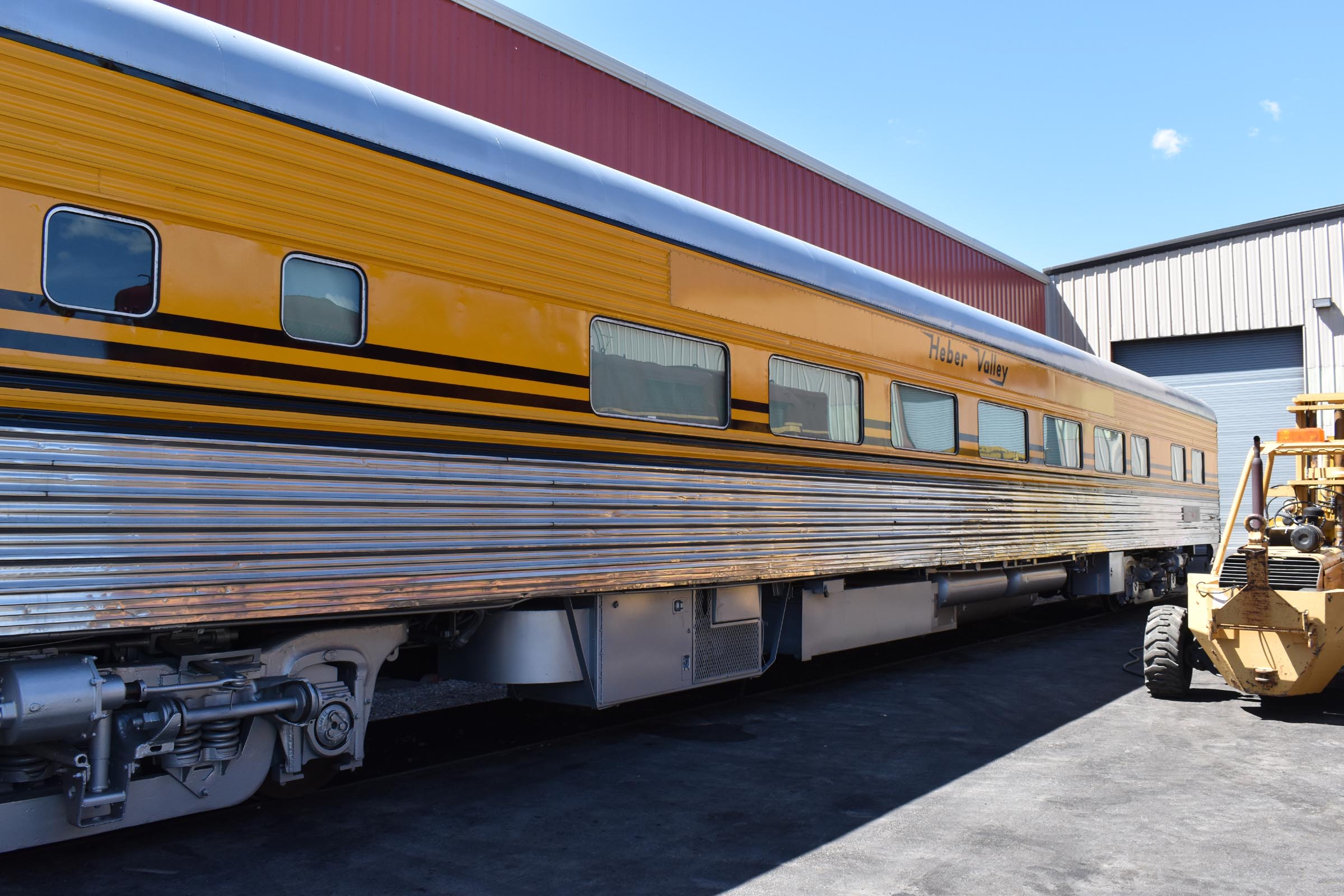 Mouse over any photo in the album below to read its caption, or click on the photo to make it larger.

During the May 9 nose-to-nose meeting of 4014 and 844, UP Chairman, President and CEO Lance Fritz showed the crowd a small grey box before he handed it to Big Boy’s crew. Inside were the ashes of a British engineer who had worked on a preserved steam railway.

It had been the man’s lifelong desire to see a Big Boy back in steam, and before he passed away last year, his dying wish was to have his ashes go up 4014’s stack. His daughter had arrived in Ogden a few days earlier with the hope of fulfilling his dream. Overhearing her telling her story in a local restaurant, UP staff had contacted Chairman Fritz and arranged to have him tell her story to the crowd and grant the man’s dying wish.

Track is a Modeling Opportunity, Too

If you’re wondering what a well-maintained mainline right-of-way looks like, check out our photos below of the track 4014 traveled. Piles of nearly-black new ties spaced at regular intervals, plus track maintenance machinery spotted farther down the line, indicated this particular stretch of track was in the midst of a maintenance operation.

Note the different colors of ballast — easily modeled by mixing different shades of ballast together — along with fresh ballast recently spread outside the rails and the much dirtier, darker shade between the rails. Those piles of new replacement ties are a great detail to model as well.

As an Easterner who had never been to this area, I was pretty blown away by its beauty. In Ogden, the Wasatch Mountains, still beautifully snow-capped in May, provide an ever-present backdrop. Rust-red sandstone rock formations tower over the canyons traversed by the UP main line, and there’s lush land for farming and ranching as well. It’s easy to see why Mormon leader Brigham Young, bringing his flock westward, came upon the Salt Lake Valley and proclaimed “This is the right place.”

And I’m told the winter skiing is pretty awesome as well.

And now for something completely different…

Like many railfans, I have a fondness for big machinery of all kinds. One of my weaknesses is World War II bombers and fighters. At the Hill Aerospace Museum on Hill Air Force Base near Ogden, the Air Force maintains a museum with examples of war birds from the dawn of flight through the present day — a must-see if you’re ever in the area (free admission, closed on Sundays). See the photos in our album below.

Finally, a word of thanks to my friends Herb and Martha Fuller, Vello Nickolaou and Glen Hollander, who helped scout locations for our videos and made this whole trip more rewarding and enjoyable.